Fifteen (or so) Long Years 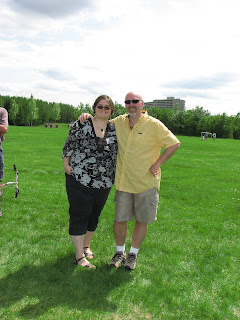 As some folks know, I was married once before. Not much about that time of my life stands out for me, but I did have a marvelous stepdaughter named Zoe, who was in my life from about the age 4 until she was 9, when her mother decided I couldn't see her anymore.

I'm not here to second-guess that decision. Indeed, based on some conversations I've recently had, it may have been the right move. But it sure did hurt like hell, and I've made sure I didn't forget Zoe.

Over the past couple of years I've made some attempts to reach out to her, all through intermediaries of one form or another, but then one day last year discovered that Zoe was on Facebook. The ensuing conversations were of a measured pace, especially as she took careful stock of who I was now and what reasons I could possible have for parachuting back in like I was. But in the end I must have proven myself to be at least marginally trustworthy, and we soon graduated to phone calls now and again.

But the big day was last Sunday, when I was in Edmonton for Aidan's last soccer tournament (and more on that later). Seeing how Zoe had just had her 24th birthday, she agreed to let me take her out for lunch, and then afterward she even decided she wanted to come and watch the last game, as well as meet Jo and the boys and see my dad and sister again.

I was nervous, Zoe was nervous, even Brennan was nervous. But it went well; a slow start at small talk, followed by deeper background, and then finally the remembrance of what it was to be this girl's father. It wasn't the teary reunion I once dreamed about, many years ago, but it was everything it should have been. The little girl I once thought of as mine (although, honestly, shared) is an fine adult now, and that makes me quite proud.

Comments:
That's a lovely story and it sounds like it was a perfect reunion for you both.

Derryl - since I hardly ever look @ the Lounge, I am awfully glad I looked this time. I am so glad you had this time with Zoe, and so glad she is a happy, healthy adult.