The first thing to note is that if this is of interest to you but you're not following @TrapperBud on Twitter, perhaps you should.

As background: My grandfather, Cyril "Bud" Murphy (although at the time he was known as "Spud," a nickname that would eventually be changed at the behest of his sister Mavis) went to the Northwest Territories as an 18-year-old in 1929, to accompany his father Matt Murphy as a fur trapper for the next decade, starting first along Artillery Lake and eventually moving to the Back River.

After Grandpa died, I inherited some of his old diaries, but set them aside and for a long time never looked at them. But when I did, I realized they were mostly in the ideal format for Twitter. Generally short and to the point, but often with amazing details about getting lost, about hunting and trapping, even about murder and suicide. Other family members stepped up and soon I had most (although sadly not all) of his diaries right through the next decade.

One of the best parts of this ongoing story has been new people, new stories, and new things coming out of the woodwork. And while I am working on telling people more about all of this in the future, there is one item I wish to show everyone right now.

I don't know what year it was, but on a recent visit with my dad he told me the story of Grandpa riding his dog team past what he would have called an Indian camp. At the time the only person there was a woman, and she needed help for some reason, so Grandpa stopped and gave her assistance. A few days later, riding back to his camp, a man came out and stopped Grandpa. Turned out they wanted to thank him for his help.

This was what he received. 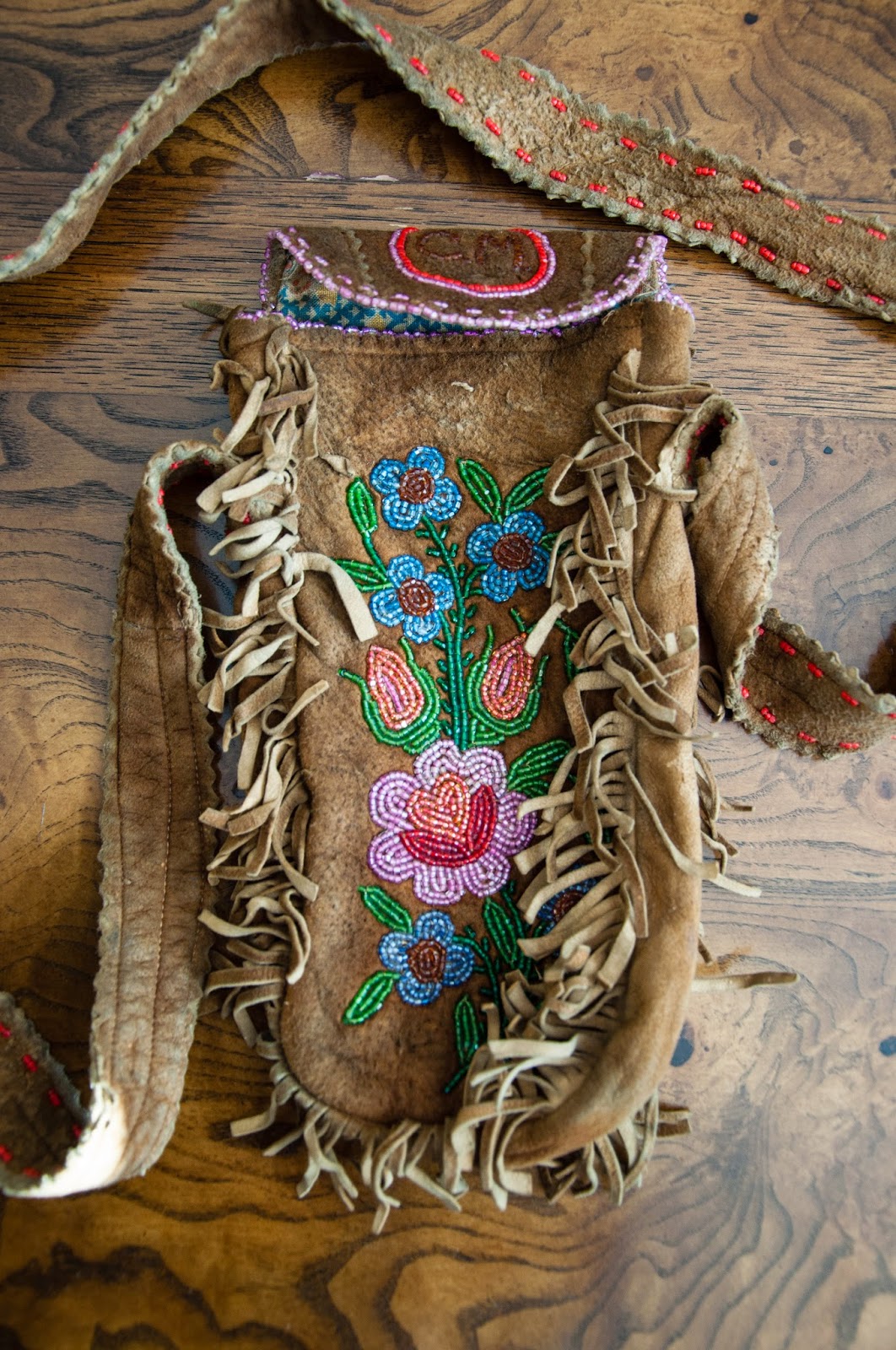 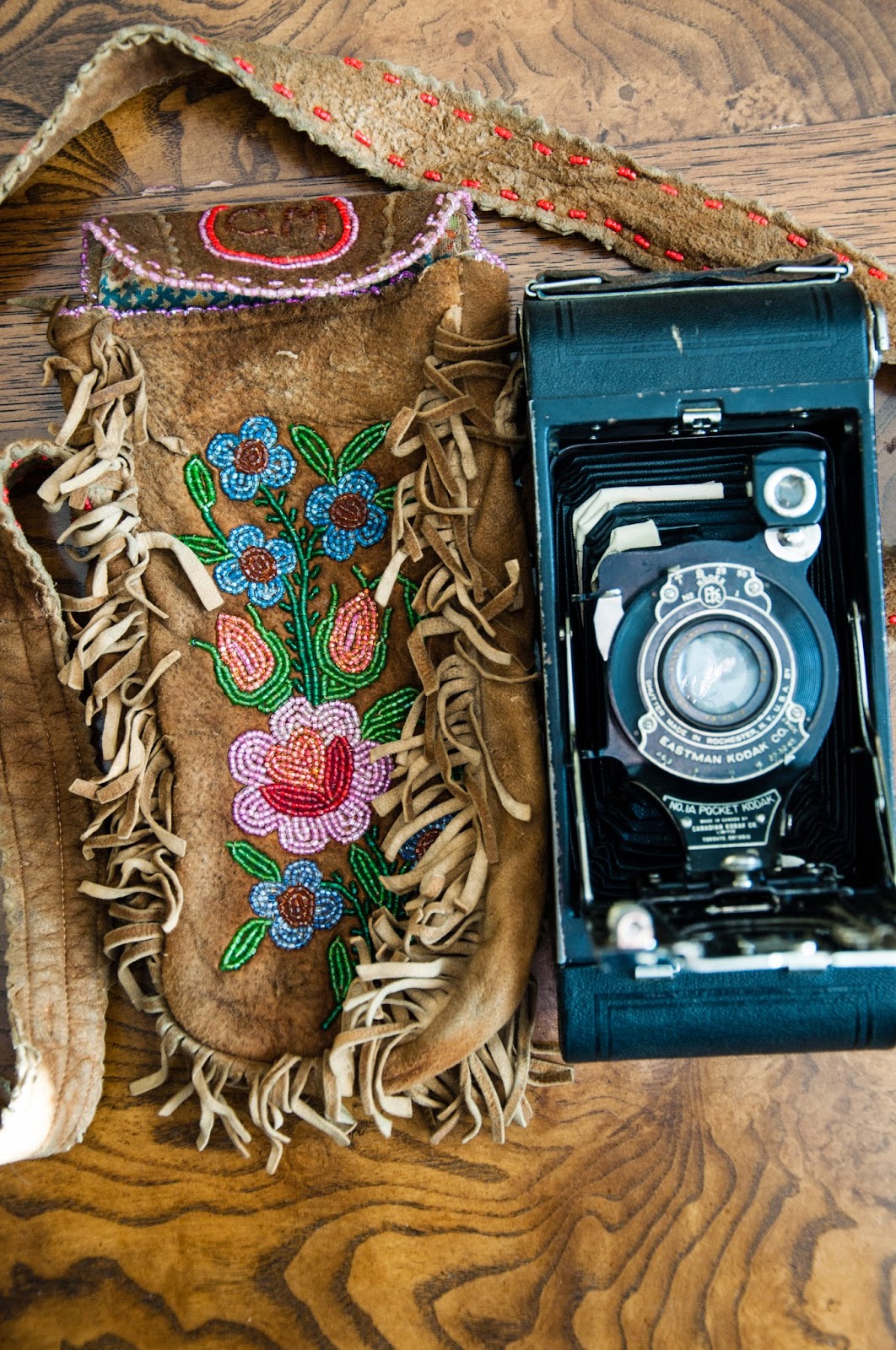 When Grandpa had stopped, the First Nations woman had taken one look at Grandpa's 620 format camera and right away knew its dimensions. By the time he'd returned she'd made him a camera pouch from caribou hide and beads, and it fit perfectly. And since she knew him, I'm guessing, she added his initials (CM) on the flap, inside the red circle.

Grandpa was very proud of this pouch; I remember him showing it to me many years ago, but had forgotten about it. The camera no longer works, of course. The bellows are torn, and 620 film is no longer a thing. But lots of great photos were taken with it, gradually showing up on @TrapperBud, and this pouch is a great addition to the memories and the history, something for everyone to see.